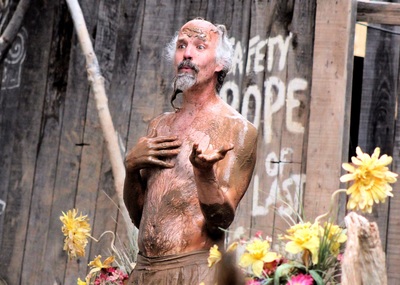 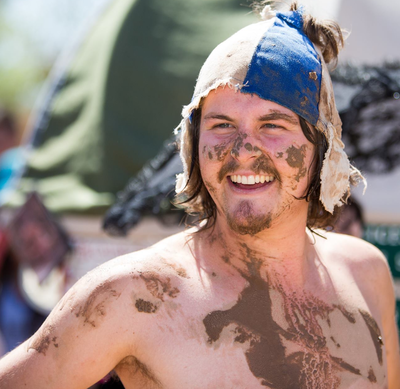 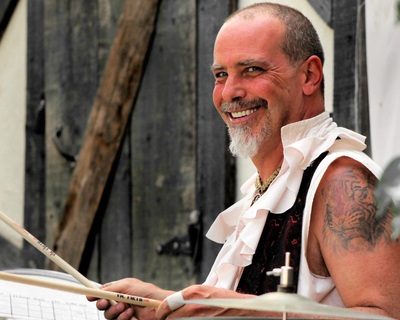 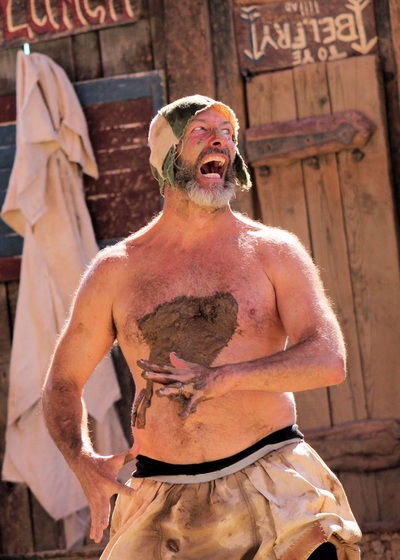 Seth Sethstherton
Jonathan Crocker (Dr. Cranius Lunch) is a founding member of the Wyld Men and Theatre in the Ground.  He has performed thousands of Theatre in the Ground Mudde Shows at Renaissance Festivals around the country including 30 years of perfect attendance as Jake the Wild Man at the Ohio Renaissance Festival.  Jonathan is also widely known for making and playing vegetable musical instruments.  Visit www.playyourfood.com to find out more about that.  Also, check out the album Veggie Music by the Wyld Men on Bandcamp!

Elliot Cromer  (Chestherton Sethstherton) joined the Wyld Men during the 2017 season as the ascending understudy for Douglas R Mumaw.  Elliot grew up acting and is a veteran of countless extraordinary theatrical shenanigans.  He is a graduate of Kenyon College, and, remarkably enough is a product of Yellow Springs, the same tiny town in Ohio that produced Jonathan Crocker, though not in adjacent decades.

Jimi Torrey (Captain Jimi) joined the Wyld Men full-time as percussionist and all-around sound guru in 2008.  You can also see and hear Jimi play at the Texas Renaissance Festival with the band Pride of Bedlam.  Jimi was also the creative force behind the Power Celt Steampunk band, Klaxton, featuring the Great Steam Drum.  He has played with other notable Renaissance Festival musical groups, including the New Minstrel Review, and the Minstrels of Mayhem.

Douglas R Mumaw (Seth Sethstherton) is a founding member of the Wyld Men. Douglas marked his final season performing with the group in 2017 and now serves as director for the group.  He has also shared his directing skills with Gypsy Geoff, Adam Crack, Barely Balanced and The Clan Tynker.  In addition, Douglas  is a founding member of The Swordsmen.  With The Swordsmen, he annually portrays Dirk Perfect at the Ohio Renaissance Festival and the Bristol Renaissance Festival, and at other theatrical engagements around the country.  Douglas is also an accomplished photo﻿﻿grapher.  See some more of his work at www.pbase.com/mumaw.